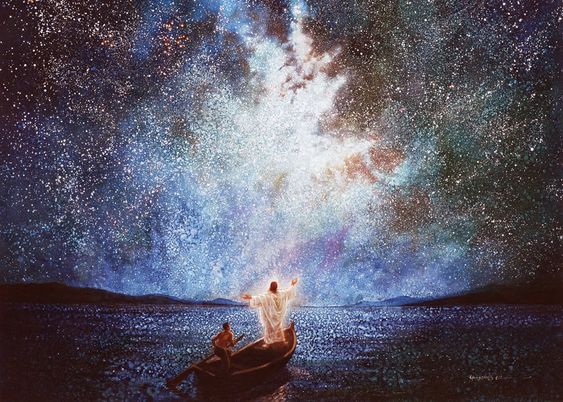 “Come and see what God has done!”

This is a line in a song our music group sings at Christmas. As I’m spending my quiet time in prayer (with this line running on repeat through my head) all these times in the Bible in which Abba offered a sign are coming to my head: Gideon asked for one and was honored, Isaiah foretold a sign: “A virgin shall conceive and bear a son,” the angel gave a sign to the shepherds…in Isaiah 7:11, it even says, “Ask Yahweh your God for a sign, either in the depths of Sheol or in the heights above.” I’m so used to the idea that it’s wrong to ask for a sign, because of the way Jesus rebuked people for needing signs to believe. That’s the point we get fixated on. But Abba literally tells us to ask for them. I just need to do it from the place of being His trusting little child, looking for the presence of my Father, not from a place of being prideful and demanding and trying to control God. It is so neat to realize how much He wants me to see Him, His wonder, Him working intimately in my life.

Healing has been so much bigger than getting to sleep normally. It has been seeing God in more of His greatness than I ever hoped or expected. And because now I know more deeply that He can come through, I can expect Him to come through with a deeper assurance.

I still struggle with so much doubt. But He knows this. And He wants me to share my doubt with Him. Doubt is only sinful if I stay in it without doing anything. If I tell Him how I’m struggling with it and ask Him to help me–“I have faith. Help my lack of faith.”–that becomes something beautiful. It takes doubt from being a thing that distances me from Abba to something that brings me so close to His heart. It is neat enough to contemplate that if all He is going to do in response is give me the grace and strength to have more blind faith. But He literally tells me to ask for a sign. He doesn’t just want to make me work out my faith muscles forever–He wants to take me into His glory and let me see the fruits of that faith, to see Him come through. Asking for a sign is a huge act of faith. But once I do, once I put myself out there and expect to see Him–He wants to actually show Himself to me. Numbers 6:24-27 tells how Yahweh instructed Moses to bless the Israelites: “‘May Yahweh bless you and keep you. May Yahweh let his face shine upon you and be gracious to you. May Yahweh show you his face and bring you peace.’ This is how they must call down my name on the Israelites, and then I shall bless them.”

The thing about asking for signs is that we don’t understand them–what they are, what they’re for, the magnitude of them. We just want to know that God is going to give us the specific answer we want, to know that if we do what He’s asking us to do, He’ll give back His fair portion–we’re bargaining with Him. “I’ll do this thing you’re asking if you show me for sure that’s the thing to do,” because we don’t really want to take risks with Him. It is scary. But we cheapen the idea of a sign so much. His idea of a sign is to show us His face! To know Him deeply and intimately and be sure of His very presence! How beautiful is that! And yet when we ask it’s usually because we want our way, or even because we want assurance of something–but it’s not usually because we want to see His face.

Abba gets that we don’t always have noble aspirations. He knows the human heart better than anyone because He made it. But I think asking for a sign, even if our intentions aren’t completely pure, is something He’ll honor in amazing ways if we once take the risk to ask and truly expect Him to answer, to provide as a Father rather than as a bargainer. When I asked for healing from insomnia, all I wanted was to sleep, to be healthy and happy and functional. When He answered, the gift was so much greater. He showed me Himself and that blows me away infinitely more than the part of the answer I was initially looking for. And that makes me want to seek out His signs everywhere, not for the sake of how they come but because they will help me to see Yahweh and His amazing glory and goodness.

The featured image is by Yongsung Kim.