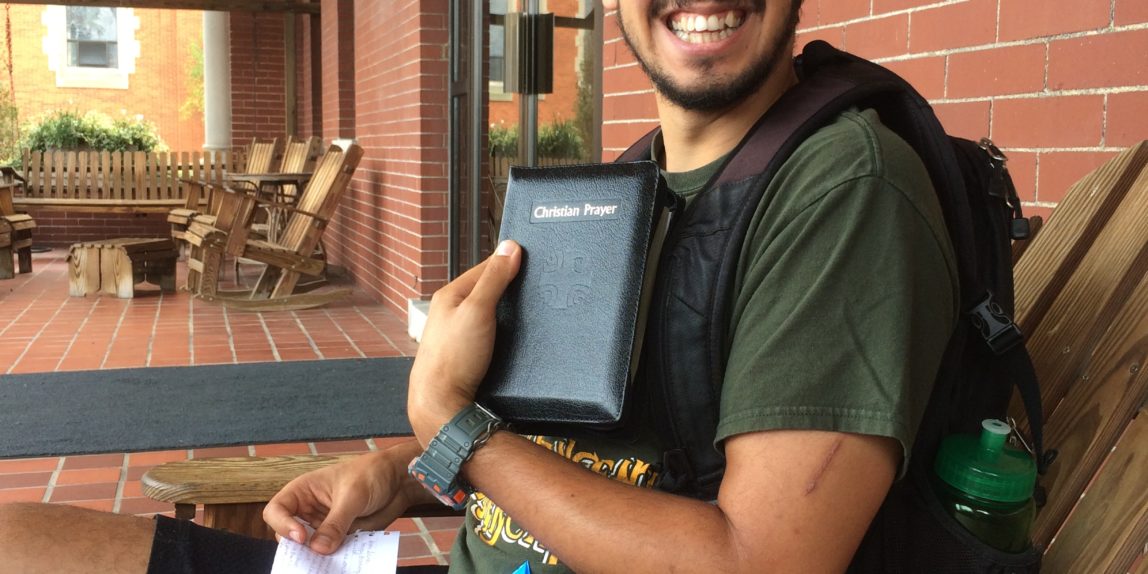 Yesterday was Silvio’s birthday.  I had asked him what he wanted as a gift and he was texting me ideas as they came to him.  He suggested a Christian Prayer book just as I was walking past a gift shop that sold them, so I decided that was just the thing.

When I gave it to him, he was giddy with delight.  I was so touched by how happy it made him to receive the gift of prayer.

I deeply admire Silvio’s love of prayer.  I see the look of absolute love on his face when he’s best able to enter into it.  But lest you think it’s all sunshine and roses, it’s not.  That’s why I admire it the most.

Silvio loves prayer because he has a healthy understanding and experience of why we need prayer.  We aren’t enough on our own and Jesus gave everything so that we could have this relationship with God.  I know that we have each heard that so many times that it does not pack a punch anymore.  But let it sink in for a moment.  Let it pack that punch.

Prayer is hard.  The truest prayer means being so vulnerable and open and honest with yourself before God.  This is hard for anyone, but when you struggle with something big and tangible like depression, it’s not more real, although it is more obvious.  The pain of entering so deeply into that moment of baring yourself and seeing your pain in its fullness takes a lot of courage.  But when you’ve experienced transitioning from a life dedicated to the comforts of the world to one of devotion to God, because you know first hand that He has had mercy on you in your weakness but wants you anyway, you see prayer in a different way.  I personally have had many great examples in my life of people of prayer.  I have been given the gift of surroundings so wholesome that I have been able to grow in a rich soil, spared the temptations of things overtly toxic to my soul, led to grow starting from an easy place.  Silvio has had a harder background, but I admire him so much more for the choices he has made and the dedication he has chosen to give to prayer and life with God.

Prayer is hard.  Prayer is painful sometimes.  But it is so inspirational in a person who has chosen it when he was already comfortable in a life without it.  Sometimes it brings him so alive, and other times it takes so much effort.  But Silvio’s example to me is the most beautiful I know. 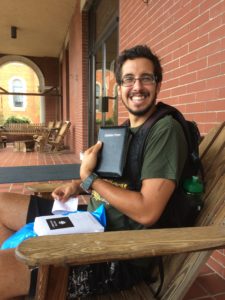