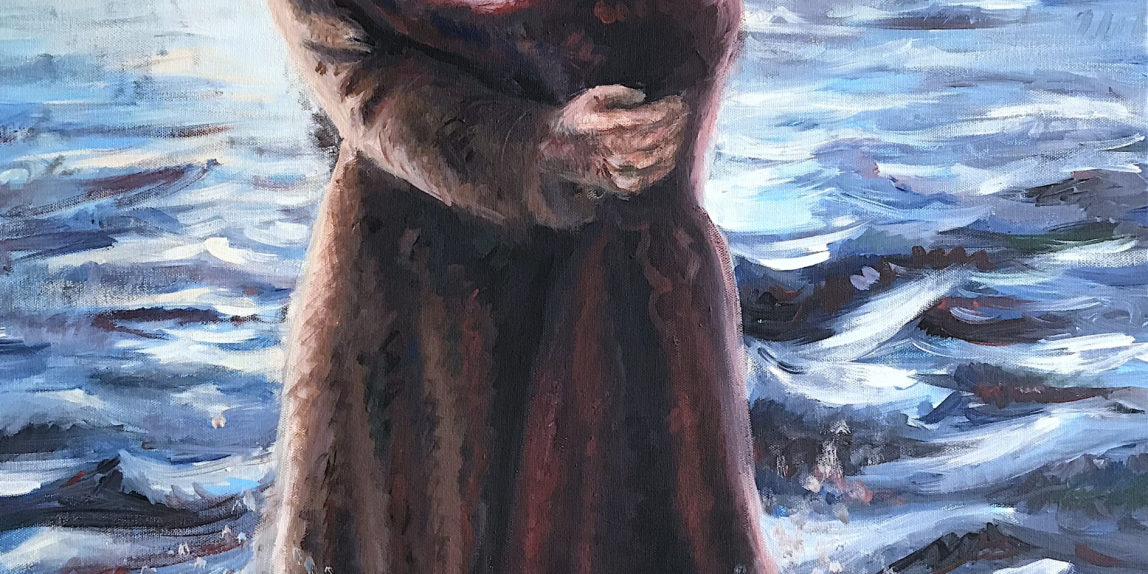 Many times in my life, God has seemed to use the theme of walking on water to teach me things. Recently it’s come back.

There’s a song called Dancing on the Waves by We the Kingdom which spoke right into my heart where I’d already been noticing God gently teaching me about intimacy with Him and His being with me in the good times and bad, using the story of walking on water. My dad suggested that I paint two paintings–dancing on the waves with Jesus in the calm and in the storm.

In the calm, Jesus is holding me in a waltz. He is a big man, big and secure on the waves. His strong hand supports me so we can just be together out there, just the two of us alone in the glory. The sun shines out brightly just behind His head, nearly dominating the scene in the light it gives out, but you can still see us dancing. And we’re looking into each other’s eyes. He tenderly gazes into my soul in utter delight. Our garments whip about playfully in the almost whimsical waves–we’re having fun.

He’s also big and strong in the storm, and the storm is assaulting Him, too. The rain slams into us, but mostly into Him–His hair and clothes cling to Him. He holds me close. Everything around us is savage, and I can feel it too–but He’s right in it with me, embracing me and holding me because I let Him. And we’re still dancing. Because even though the storm is strong, He is stronger and more prominent. He is more present than the storm even thought He hasn’t taken me out of it. And so we dance.