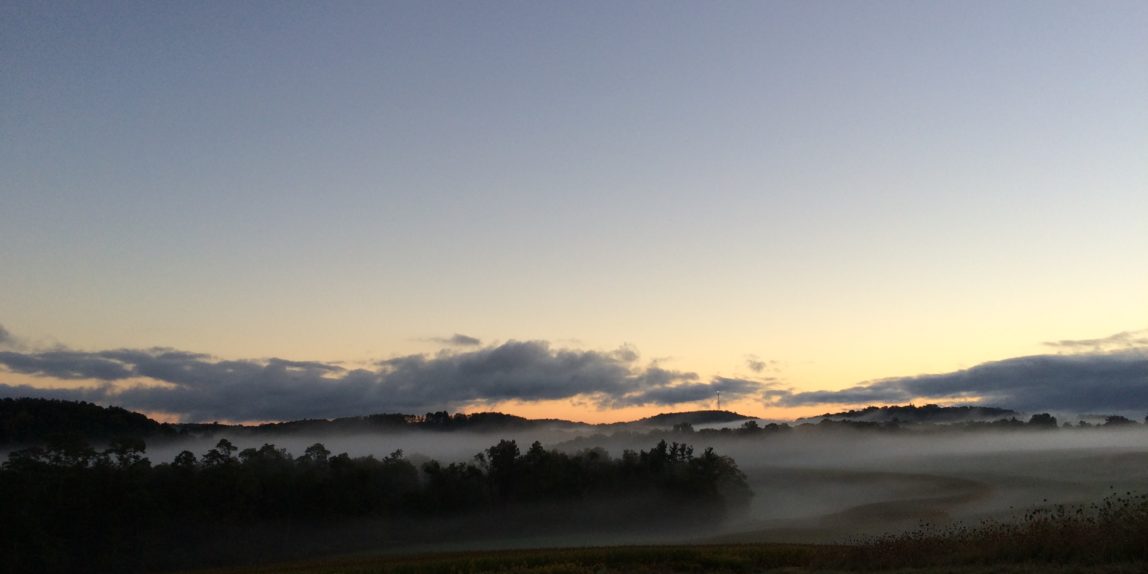 When Silvio and I got married, we weren’t in the greatest financial situation.  We were offered an apartment agreement in which Silvio would look after an elderly couple part time to help them to continue living at home, and in exchange we could live in an apartment attached to their house free of charge.  In theory, it’d be our own space, and it would be all finished up by the time we got married.

It didn’t really work out that way.  It never got finished or even cleaned.  There was not a single window.  It was right beside the highway and you couldn’t escape the road noise.  The unfinished living room had a concrete floor, and the space smelled because the people’s dogs had been given free reign over there.  The wife was offended that I didn’t want her dogs over there once we moved in, and she was passive aggressive and came over whenever she wanted.  I did my best to make whatever improvements I could, but they were limited.

On the morning we’d been married for one month, we decided to move out.  We didn’t know what we could afford, but we were going to make it happen.  Just then, our neighbor appeared and informed us that we had been evicted.  To this day we have no idea why.  I was a bit indignant but mostly relieved–even though now we were homeless with no clue what we were going to do or how we were going to afford it.  But we were free.

Some of our good friends who lived nearby came to help us pack up and move quickly.  We received a few offers of places to stay until we could find a new home.  We ended up staying with my friend who had been my college roommate, and she had a spare room we could use.  Our friends helped us to move all our stuff into her basement.

Except for clothes and toiletries, pretty much everything we owned was packed up down there.  Our old apartment had come with a bed, so we didn’t even have that.  We spread blankets out on the spare room floor.

After living in that dumpy hole in the ground, our friend’s house was an absolute heaven and balm to my soul.  She has huge windows–her living room feels like a ski lodge in the winter and a retreat center in the summer.  And it overlooks a big yard and beautiful trees and cute houses.  It just feels peaceful.  I could go for runs right out her door into farmland like I used to.  I felt so free.

And not having any of our stuff was just as freeing.  We still had all the comforts of home, but it was so different since none of it was ours.  We could just be.  And literally all we had was each other and God, and the beauty He had immersed us in.  I have no words to express the hole that had been in my heart, and how it felt to have it so filled by that experience of freedom.  I would be constantly in the living room feeling that peace, or out for a run just brimming over with the most heartfelt thanksgiving I have ever known.

Living in that house that wasn’t ours felt like such a little glimpse of eternity.  It was peaceful and filled with God and love, and even time seemed to stop because we didn’t have any plans yet for what would come next.  We were just there with each other, and that was enough.  We ended up being there for almost two months because it took that long to find a new apartment, but it was the best time.  I never want to let go of the memory of being so united to Silvio in that time of freedom from attachments to our stuff, our house, our anything.  There was just us.  I never want to forget to be thankful for what might seem like the smallest things.  I am so glad to have had the opportunity to live in that horrible apartment for a short time, because anything is glory and the greatest gift when I remember how beautiful it is.

When we did find an apartment, we didn’t even find it.  We got a call “back” about a place we didn’t even know about.  It was the perfect size for us, with even a dining room, and we could afford it.  It was so clearly placed in our hands by God.  One of so many examples of Him taking care of us in just the way we needed it.