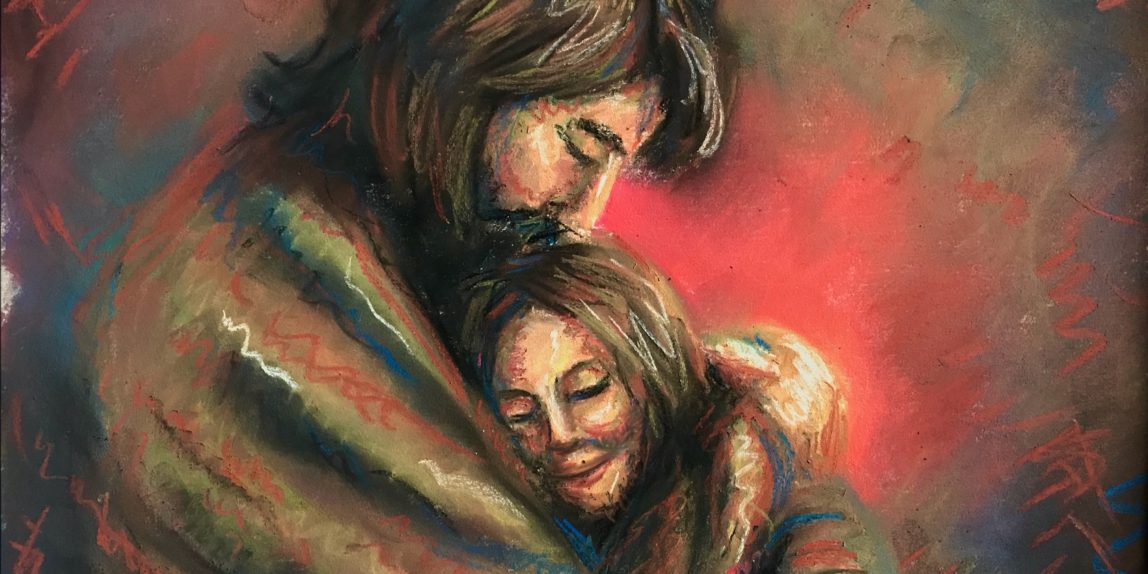 Being a “child of God” has always been completely theoretical to me. People go around saying to “find your identity as a child of God” and it just sounds fluffy and artificial. I never doubt it to be true, but I also don’t enter into it as an actual truth. When I think of God loving me as his child, it is a dead love that I imagine.

The idea of God trying to find me more relentlessly than I’m trying to find Him isn’t new either. It’s in Jesus’ parables, like the Lost Sheep. I’ve even experienced for myself how perfectly He takes care of me. But it’s all so detached from me being His daughter.

But I was struck by a passage in the book The Return of the Prodigal Son by Henri Nouwen. “How radically the character of my spiritual journey will change when I no longer think of God as hiding out and making it as difficult as possible for me to find him, but, instead, as the one who is looking for me while I am doing the hiding.” It still seems like more of a story than something true for me. But it opened the door so I could at least see myself in the story. Now it’s my turn to do something: I have to start picturing myself in that story until I can, with the Holy Spirit’s help, train myself to believe in it, and interact with Abba accordingly. Because my head already believes–it’s my heart that’s the issue.

It strikes me that, ironically, my struggles with pride stem from not seeing myself as a child of God. Being a child of God is infinitely greater than not being His child, so it would make sense that there would be more pride there. Well, maybe there is, but it would be the right sort of pride. When I don’t think of being His daughter, my only remaining options are to think myself great on my own compared to everyone else–which is dangerous and deluded–or to think of myself as a worthless minion, which is false humility anyway and is a rejection of all the goodness that is in me because of Him. But to be His daughter, which is what I actually am anyway–it is harder to embrace than either of the others, but it is true. The difference is that the first two options can only be viewed through my eyes. But the identity of being His daughter can only be viewed through His eyes because the association is through Him. And looking through His eyes will stifle my pride because my pride can only be blown out of proportion through my own eyes. “Now I realize that the real sin is to deny God’s first love for me, to ignore my original goodness. Because without claiming that first love and that original goodness for myself, I lose touch with my true self and embark on the destructive search among the wrong people and in the wrong places for what can only be found in the house of my Father.” – Henri Nouwen