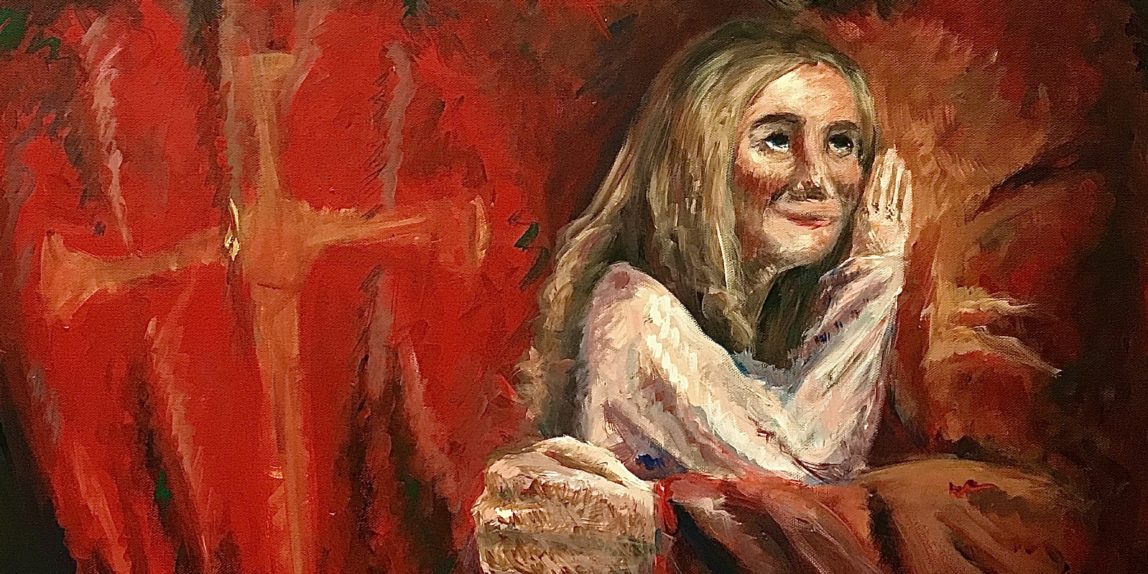 For awhile I’ve been learning and discovering more about spiritual warfare. Especially since we began doing ministry together, my husband and I have experienced spiritual attack in a greatly increased intensity. The Bible has quite a bit to say about spiritual warfare, and people throughout Christianity have continued to learn about it.

For several years now I have made a point of putting on the Armor of God (found in Ephesians 6) every day. “For it is not against human enemies that we have to struggle, but against the principalities and the ruling forces who are masters of the darkness in this world, the spirits of evil in the heavens. That is why you must take up all God’s armor, or you will not be able to put up any resistance on the evil day, or stand your ground even though you exert yourselves to the full.” – Ephesians 6:12-13. I also renounced evil whenever I became aware of it working against me.

But it was exhausting. And after awhile of feeling like I was constantly, constantly at battle, I was suddenly struck by the missing but most crucial part of my armor: the Father Himself.

I am His little daughter, and of course I can’t stand up against the enemy all by myself regardless of how much of the best armor I have on. I need that armor, but I need Him more. This picture came to my mind, so I started painting it.

Abba, my Father, is holding me close against His heart. It’s warm and cozy in there. He looks tenderly down upon me as His strong hand keeps me aligned with His heart. That is all I see, because He protects me so well I don’t have the slightest clue the extent to which I am being pursued and attacked. Behind me, He holds up His other arm in protection, His garment a shield that falls around me and is stronger than any arrows that may come my way. So even in the midst of the deepest darkness, when I come into His heart, I am both protected and at peace. I am home.

I started praying against evil in a completely different way. I still put on the Armor of God every day, but I also ask Abba to hold me in His heart and I ask Him to protect me. Simply putting on the Armor made a big difference before, and I know He was already protecting me from almost everything because I would have been obliterated long ago if He hadn’t been. But I have noticed a huge difference since I started just nestling into Him with the intentional imagery of being in His heart and asking Him to hold me there. An essential element of that is surrender: surrender to Him to take control of the battle in my life. I do my part, but He has power. And as I live in His heart as His little daughter, I get to know Him better, and more and more that leads to a natural assumption that I’m just safe in Him without having to doubt about it because He keeps proving Himself by taking care of me there.

It really does make a difference. I encourage you to try it.