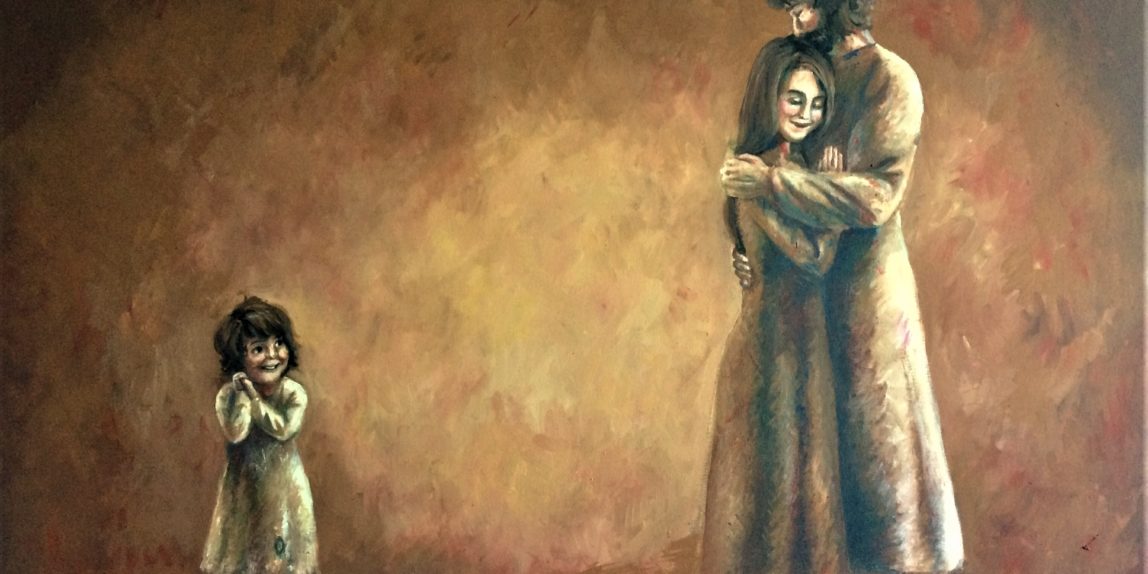 Over the last several weeks of Advent and Christmas, I’ve been thinking a lot about Joseph and Mary and the people they were, which has helped me to appreciate them and Christmas in a deeper way.

So often when I read the Bible, I brush over a passage and don’t see much more than words on a page. If I don’t make a conscious effort, the people I read about stay shallow and historically distant. But it’s so beautiful to really think about those people as real people. The sort we could be friends with. People to suffer and laugh with, and who could inspire us the way the heroes we know in person do. So often in art Mary is depicted in a way that is so distant and unapproachable, and Joseph isn’t noticed much at all by comparison. But I just want to spend a moment thinking about who they were.

When we think of Joseph being a carpenter I think a lot of us imagine him calmly pounding nails into boards, making nothing in particular. But I’ve heard from people who know history and cultures better than I do that a more accurate vision is that of a lumberjack, that Joseph would have been a big guy carrying trees on his shoulders! He was a very masculine man, but so sensitive as is evidenced by the way he wanted to preserve Mary from shame. So selfless that he would let that shame fall on himself by being the one to divorce her quietly. One thing I love about Joseph is the way he accepted the role as father to a son who was not his. He chose to love, protect, and raise a child he could not claim as his own but who everyone would assume was his. He would know the whole time that this child was not his but God’s, and how many fears and questions would he have had? In the movie The Nativity Story, Joseph is shown saying, “I wonder if I’ll even be able to teach him anything.” But Joseph showed such courage and care for his family more than himself by choosing to love Jesus and Mary anyway. And I can only imagine how much closer this would have brought the family, because love that breaks past hurdles is so much more strong and true and valiant.

I have been thinking lately how frightened Mary must have been with all the uncertainty surrounding her unusual pregnancy. Yes, she knew that the child she carried was from the Holy Spirit and that God had asked her to be the mother of His Son. But think how tough it is for us sometimes when we think God is asking something big of us! This was pretty big for Mary! She had immense trust and faith–she had to have to have believed and said yes in the first place. But she must have feared, and she must have suffered, imagining the ways the people in her community would have rejected her if they discovered that her child was not from her marriage. If I were she I’m sure I’d have imagined little Jesus growing into a boy and not knowing how different he would be, or if he’d even be accepted. And what a responsibility to raise such a child! And yet she chose to because God asked her to. I love to imagine her being a young mother, finding comfort under Joseph’s loving protection and loving little Jesus so fondly, always treasuring their family time together and “pondering these things in her heart” as the Gospels say.

When I think of the family I had growing up from a child’s perspective, and the marriage I have from a wife’s perspective, and see the Holy Family in that light, they become so much more real to me. They were simple people who loved with big hearts, who suffered a lot but who surely laughed and were joyful together too. They were relatable and real, which makes them much more inspiring than if they were simply pious and unreachable. And I think that makes Christmas more real somehow, too.