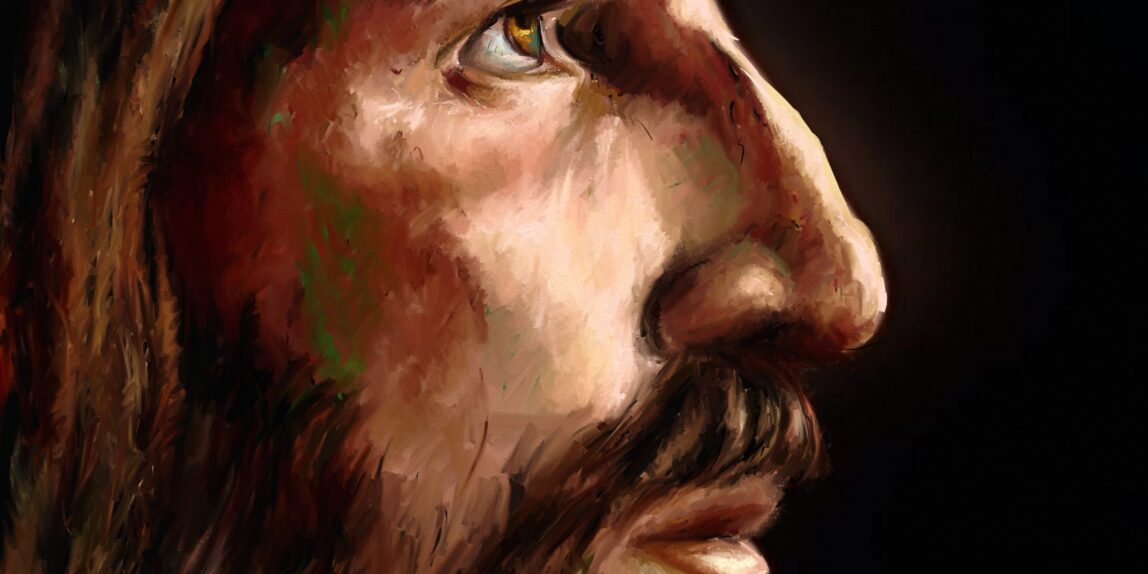 I painted this from the resurrection scene in The Passion of the Christ. I was listening to the music from that scene as I was praying and was so struck by the captivating truth of resurrection victory that I had to pour the overwhelming gratitude into a painting.

I think it’s stunning how completely Yeshua entered into the depths of suffering for the sake of victory–victory for us. But he beat it.

“It is not as if we had a high priest who was incapable of feeling our weaknesses with us; but we have one who has been tempted in every way that we are, though he is without sin. Let us be confident, then, in approaching the throne of grace, that we shall have mercy from him and find grace when we are in need of help.” – Hebrews 4:15-16

Sometimes, and probably this year more than ever for many of us, the struggles and darkness seem to just continuously swirl around us and bind us up and beat us down. But what I, at least, often forget is the victory on the other side. Yeshua went through the deepest agony, but when he stepped out of that tomb–just imagine the overwhelming feeling of victory that washed over him. In this scene, he looks up into heaven, meeting his Father’s gaze, knowing that he didn’t give up but carried the suffering to the other side, and that’s how he won. He didn’t only let them kill him; he embraced his cross and he carried it to victory.

And in victory even his wounds were a symbol of triumph.

He knows exactly how your pain feels because he chose to carry it. But he already carried it to victory. Walk with him so that you can come to victory with him. There’s glory there.