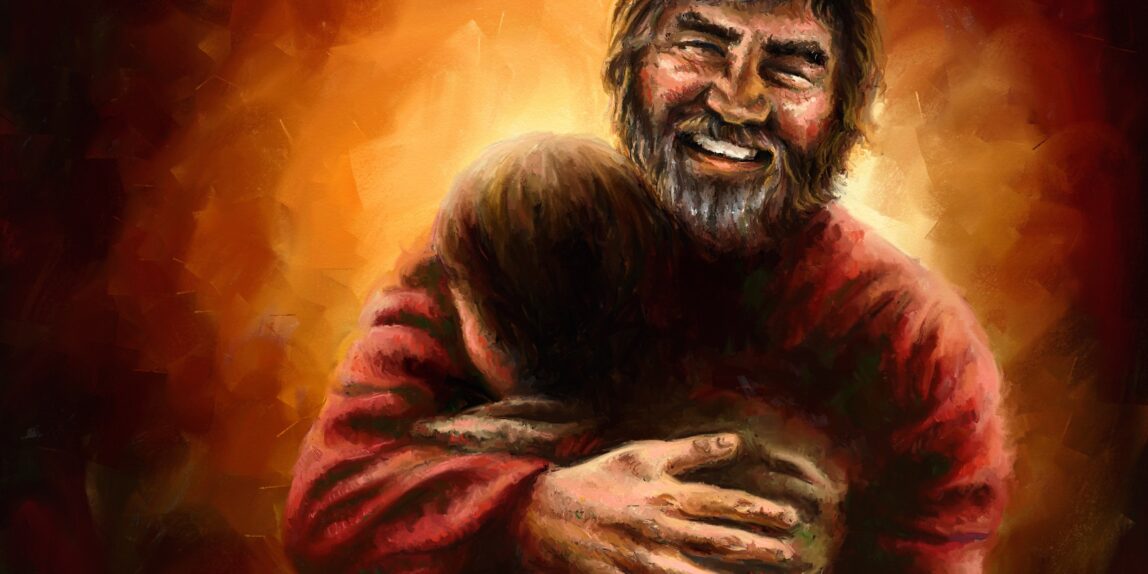 “While he was still a long way off, his father saw him and was moved with pity. He ran to the boy, clasped him in his arms and kissed him tenderly. Then his son said, ‘Father, I have sinned against heaven and against you. I no longer deserve to be called your son.’ But the father said to his servants, ‘Quick! Bring out the best robe and put it on him; put a ring on his finger and sandals on his feet. Bring the calf we have been fattening, and kill it; we are going to have a feast, a celebration, because this son of mine was dead and has come back to life; he was lost and is found.’ And they began to celebrate.” – Luke 15:20-24

Most of us know this story really well in our heads, but how much do our hearts believe that the Father is this excited and overjoyed when we come to him with our ugly things? I have never had any particular problem with him seeing the things I’m not proud of–he can see them anyway!–but it took me a long time to come to understand the beauty of coming to him with my ugliness.

Recently something surfaced in my heart that I was really ashamed of. I wouldn’t want any person to see it. But I invited Abba into it and he just…loved me. I felt so close to him after that, so convinced of his love for me on a much deeper level than I ever had been. 2 Corinthians 5:19 says, “God in Christ was reconciling the world to himself, not holding men’s faults against them.” Not holding our faults against us! I hold my faults against me but he doesn’t at all! It changes literally nothing! He loves me the same! After I really put what I was ashamed of before Abba, knowing he wanted to heal what wasn’t right but still he didn’t hold any of it against me but only wanted to fill my hurting heart with so much love, I found that my shame was gone. It just completely vanished. And I wasn’t back to where I started before I discovered the whole thing. I was filled with overwhelming love and awe at Abba’s goodness. He didn’t just put me back to normal, he took what was ugly and transformed it into glory and beauty and filled it with himself. He is so good!

It’s easy to see why we don’t like to bring our ugliness to the Father because it’s usually not received well when it shows up in front of other people. But when it shows up with the Father it is the most beautiful, healing experience. The Father wants to welcome us into his arms and he doesn’t care how covered in pig filth we are at the moment. He wants to heal those places by filling them with his love, but that’s not scary because it’s just his love!

He does not hold our faults against us. He wants to run to us and clasp us in his arms and transform our shame into glory.