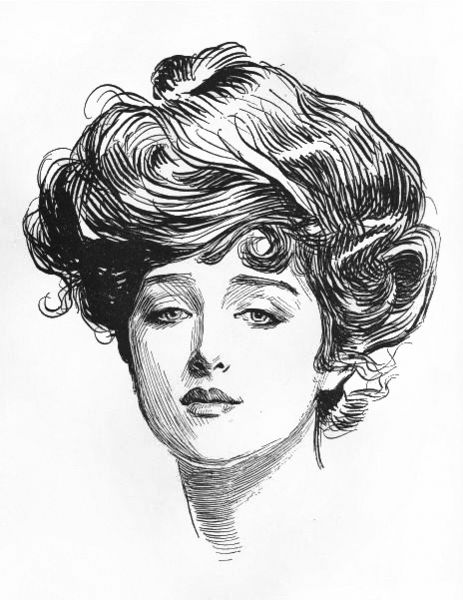 Charles Dana Gibson is best known for his illustration, Gibson Girl, which was intended to capture the most ideal features of the female face and figure.  He wanted her to represent “thousands of American girls”  and drew from many images to form the ideal.  Not only was she to be naturally aesthetically attractive and stylish, but she must appear at ease, relaxed and confident with her existence.  She appeared in many illustrations and became an easily recognizable figure.  What is fascinating is that many women modeled for his drawings of the Gibson Girl, causing her to indeed represent American women on a larger scale.  He was inspired to create these images by his wife and her sisters.

Gibson was born on September 14, 1867 in Massachusetts.  He worked primarily in pen and ink sketches and was published weekly in Life magazine, but later in life he also dabbled in oils just for fun.

Below are pictured Love in the Garden, The Crush, and Their First Quarrel. 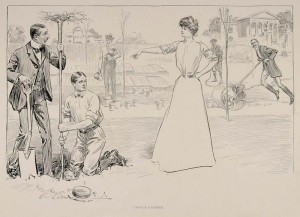 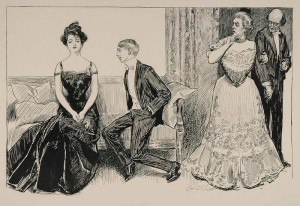 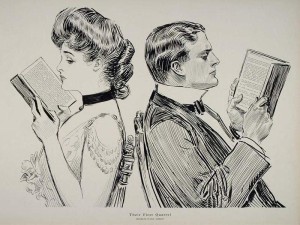