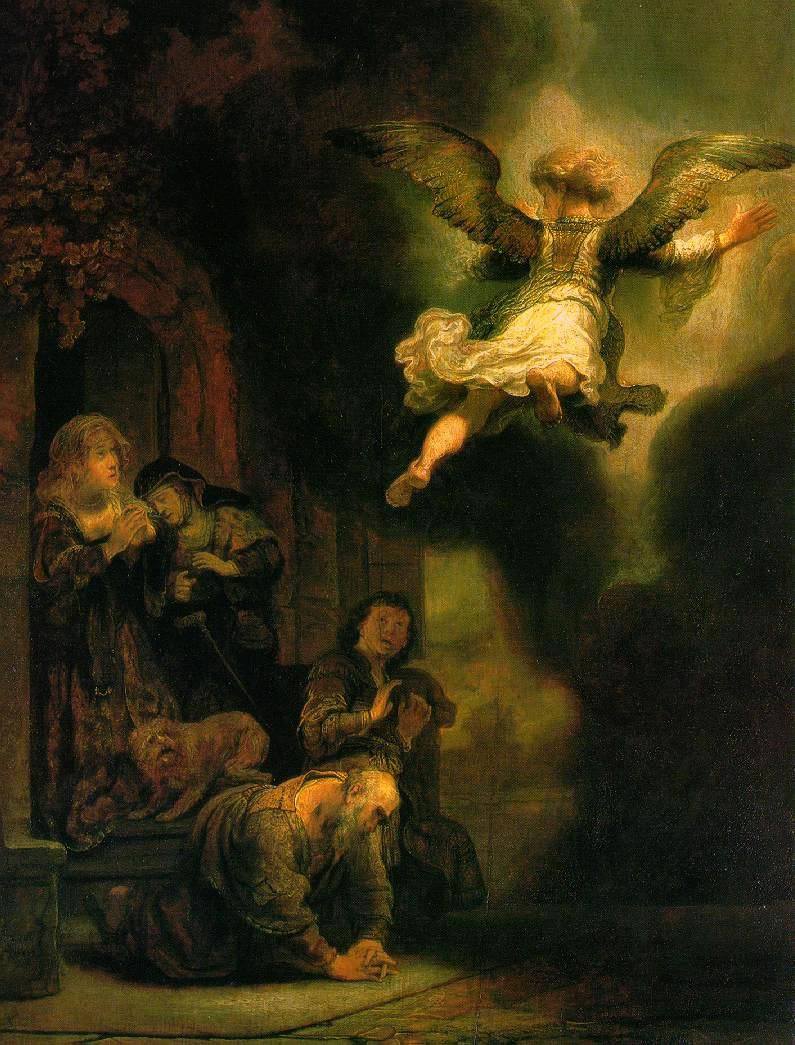 Rembrandt is arguably one of the greatest and most influential painters. One of his marks is the surreal light which emanates from holy characters in his art, a light which appears natural in the painting but sets the subject apart as supernatural at the same time. This is his work, “The Archangel Leaving the Family of Tobias.” Rembrandt was born on July 15 in 1606 in the Netherlands.

Rembrandt was skilled in the arts of painting and printmaking, and he was also a draughtsman.  He is considered to be one of the greatest visual artists in all history, and the greatest of all from the Netherlands.  He painted everything from portraits to landscapes to Biblical scenes and more.

Rembrandt treated his Biblical scenes with a certain genius which could soften both the minds and hearts of his viewers.  He could begin with the ideas and symbolism one would find in an icon, representing in perfect accuracy the story it represented.  But then he would bring it alive, touching the soul by pouring into his masterpiece a humanity from his own experience with people and observations of human relationships.  Vincent van Gogh said of him, “Rembrandt goes so deep into the mysterious that he says things for which there are no words in any language. It is with justice that they call Rembrandt—magician—that’s no easy occupation.”^1

Below are shown Christ in the Storm, 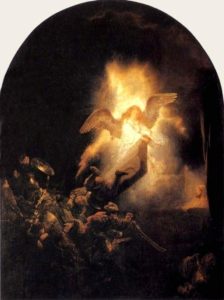 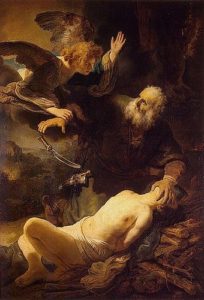 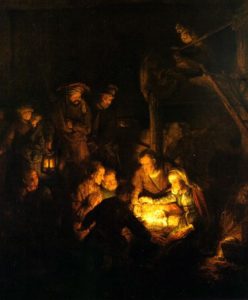