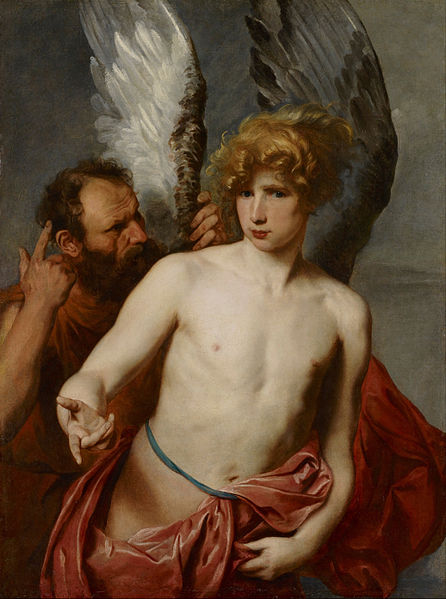 Anthony van Dyck was born on March 22, 1599 in Antwerp.  He was an artist of the Baroque era.  He was successful in Italy, Flanders, and England, and became one of the most prominent court painters in England.  Thus most of his work is made up of portraits of the nobility, but I’ve included other examples of his work in this post because I find them more interesting!  Among his other artistic interests were Biblical and mythological scenes.  Also, the Van Dyck Beard was named after him.  Now you know that there’s such a thing as a Van Dyck Beard.  (It’s those pointy beards such as those seen in King Charles I’s triple portrait shown below.)

Van Dyck showed considerable promise early in his life.  He had much significant training, including becoming Peter Paul Rubens’ chief assistant.  He went on to be extremely successful on his own, and in addition to being so important in the court, he maintained a private studio.

Below are shown Charles I’s portrait (to be used as a reference for his bust), Portrait of Henrietta Maria and the dwarf, Sir Jeffrey Hudson, 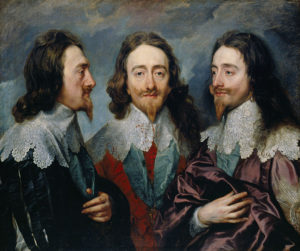 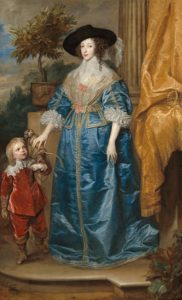 Van Dyck’s self portrait,  The Vision of the Blessed Hermann Joseph, 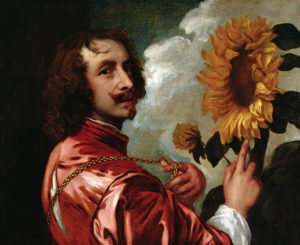 The Rest on the Flight into Egypt, Christ Crowned with Thorns, 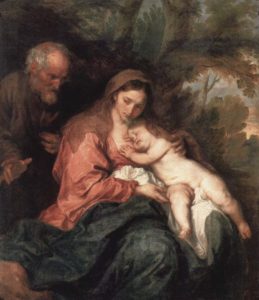 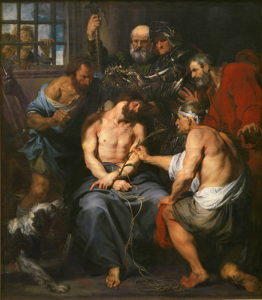 Samson and Delilah, and Christ Carrying the Cross. 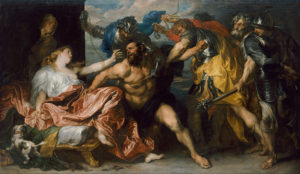 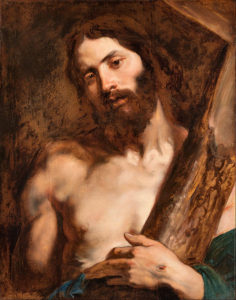