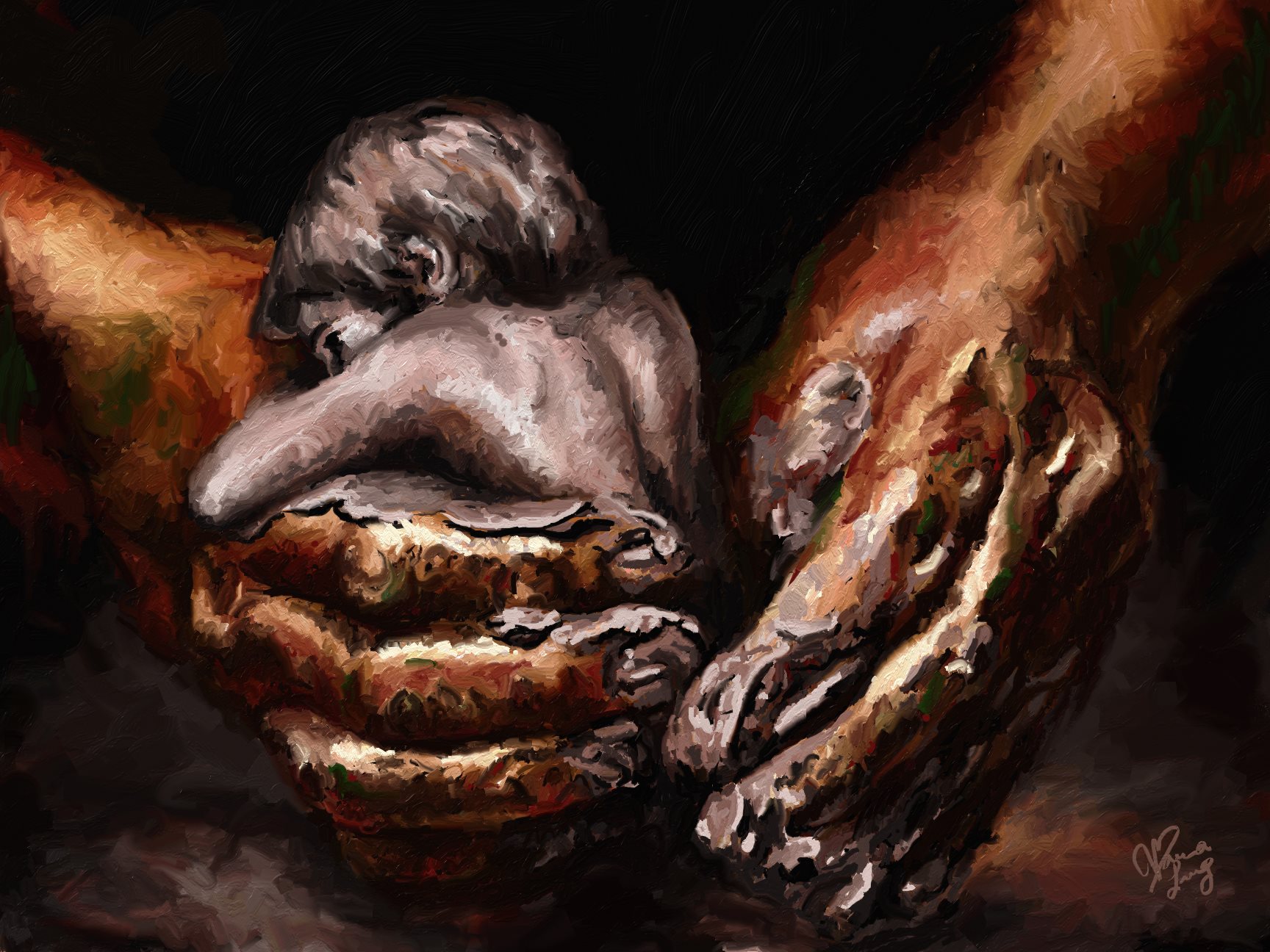 I’ve always been so moved by the verses of the Bible that talk about God creating me individually, the idea that He would spend time crafting the person that I am to be exactly who I am. That He had a vision and poured His creativity and love and time and effort into it, and I was the result. A few of those verses:

“And yet, Yahweh, you are our Father; we the clay and you our potter, all of us are the work of your hands.” Isaiah 64:7

“But the vessel he was making came out wrong, as may happen with clay when a potter is at work. So he began again and shaped it into another vessel, as he thought fit. Then the word of Yahweh came to me as follows, ‘House of Israel, can I not do to you what this potter does? Yahweh demands. Yes, like clay in the potter’s hand, so you are in mine, House of Israel.” Jeremiah 18:4-6

God made ME exactly as I am because He wanted me that way.

That’s what inspired this painting. But I had some further reflections as I worked on it.

Abba didn’t just snap His finger, make us appear and be done with us. Some monotheists believe that. I think I understood just how wrong that is even more as I worked on this.

Abba was so intimate with me, with you, as He created me and you. He crafted us one by one, uniquely. And He got His hands messy. He still does. He is that invested in who we are. We’re not easy to make, and we don’t get any easier when we’ve been created. But like the old charismatic song says, “Melt me. Mold me. Fill me. Use me.” Let each of those pleas sit with you. They are profound.

Let Him melt you. Mold you. Fill you. Use you. Let Him keep His hands messy in your life so that you can be that close to Him.

Let Him hold you. Let yourself fit into His hands just as perfectly as you did when He first began to mold you.