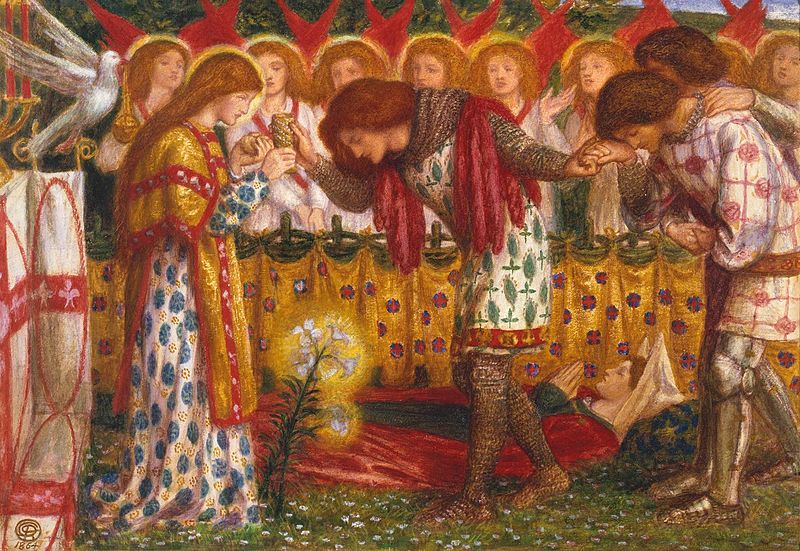 I don’t know if you made it all the way through that title.  I had to include the whole thing, because my mom used to read Howard Pyle‘s King Arthur books to my siblings and me, but the whole plot was always revealed in the chapter titles.  I guess it’s a thing where there’s a round table involved.

Anyway, Dante Gabriel Rossetti was born on May 12, 1828 in London.  He helped to found the Pre-Raphaelite Brotherhood, and his art was influential to the artists who followed him in that movement.  He painted medieval themes, and he was also a poet and illustrator.

Rossetti had a talent for creating an almost watercolor-like appearance with oil paint, which is quite a feat.  Watercolor is thin, watery, and transparent; oil is thick and rich with vibrant color.

The Brotherhood which Rossetti was instrumental in founding sought to revive things noble and religious in art, bringing back a sense of morality.

Below are shown The Girlhood of Mary Virgin,  Roman Widow, 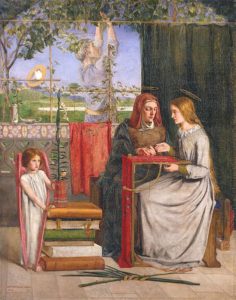 and The Blessed Damozel. 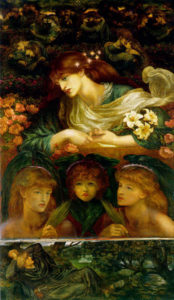