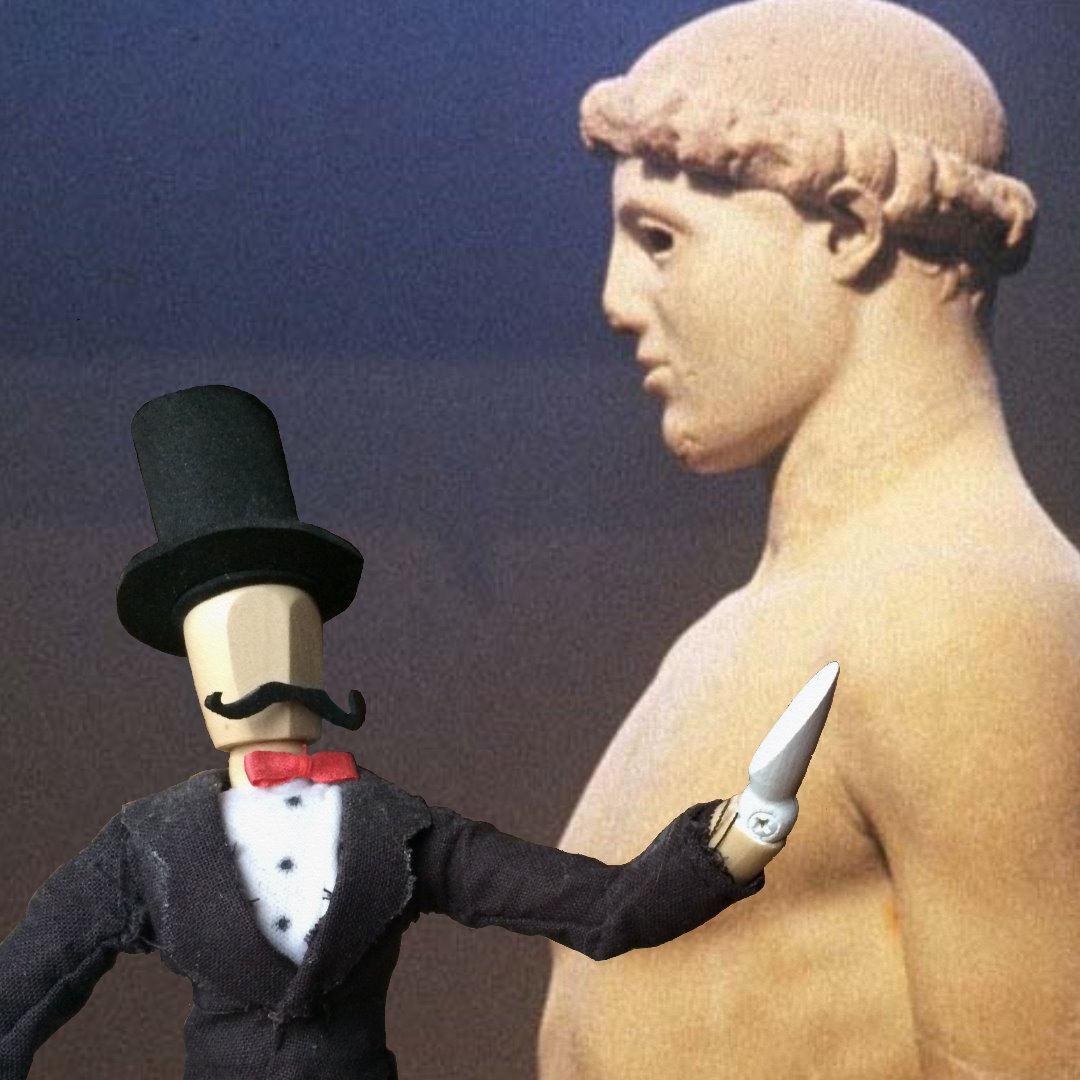 Today, Sylvester is going to take us to ancient Greece and tell us about the Kritios Boy.  Now, it’s hard to get any sense of Greek art from looking at one piece because there was such an evolution in style over the years.  We’ll talk more about those other styles too, but today we’ll focus on some things that Greek artists are responsible for introducing to the world of art.

As a little background, Greek statues of the human figure didn’t always look so natural and realistic.  (For that matter, Greek art wasn’t all statues.  We’ll get into that in the future.  Sylvester made the very good point that these things have been around for thousands of years, so they can wait a little longer for us to talk about them.)   Early Greek statues were carved of wood and positioned as rigidly as the figures in Egyptian art.  You’re probably familiar with those–they’re less flexible than your action figures.  For example: 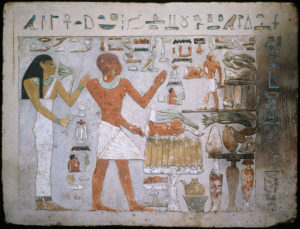 That’s from the tomb of Amenemhet in Egypt.  You can see the resemblance in the stiffness of the people’s postures when you compare these early statues from Greece, Kleobis and Biton: 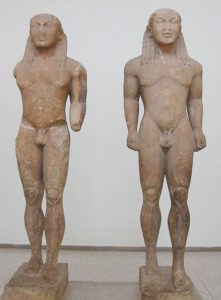 Notice how even though the details are created with extreme care and talent, accurately depicting the human form, they just don’t look natural.  Do you ever stand that way, so tense and upright?  Well, maybe you do, but most people sure don’t!  Early Greek art captured the form but not the spirit of the human.

Kritios Boy is an example of a leap in understanding of how the human body actually holds itself.  It’s considered by some to have been sculpted by the artist Kritios, hence the name.  (Sylvester says we still can’t tell for sure.)  The difference is that Kritios Boy stands on one leg–and despite what you may be thinking, that is not just because he only has one leg!  You can tell that he is putting his weight on his left leg, and that his right leg is relaxed: 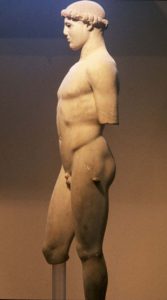 This is called contrapposto, and it’s Italian for “counterpoise.”  Earlier art confined its figures to a more symmetrical stance, insisting that its people stand on both legs.  This movement to more comfortable posture is significant because it lay the groundwork for art to take off in all kinds of directions later, for the art to appear more convincing and really accomplish the things it set out to depict and evoke.  Notice that the position of Kritios Boy’s legs is not the only difference; that stance frees up his upper body to sit in a more relaxed posture as well.  It brings him more alive; he looks like he could actually move, if he tried.  (And if he had his second leg.)  You don’t just see his muscles.  You believe in them.