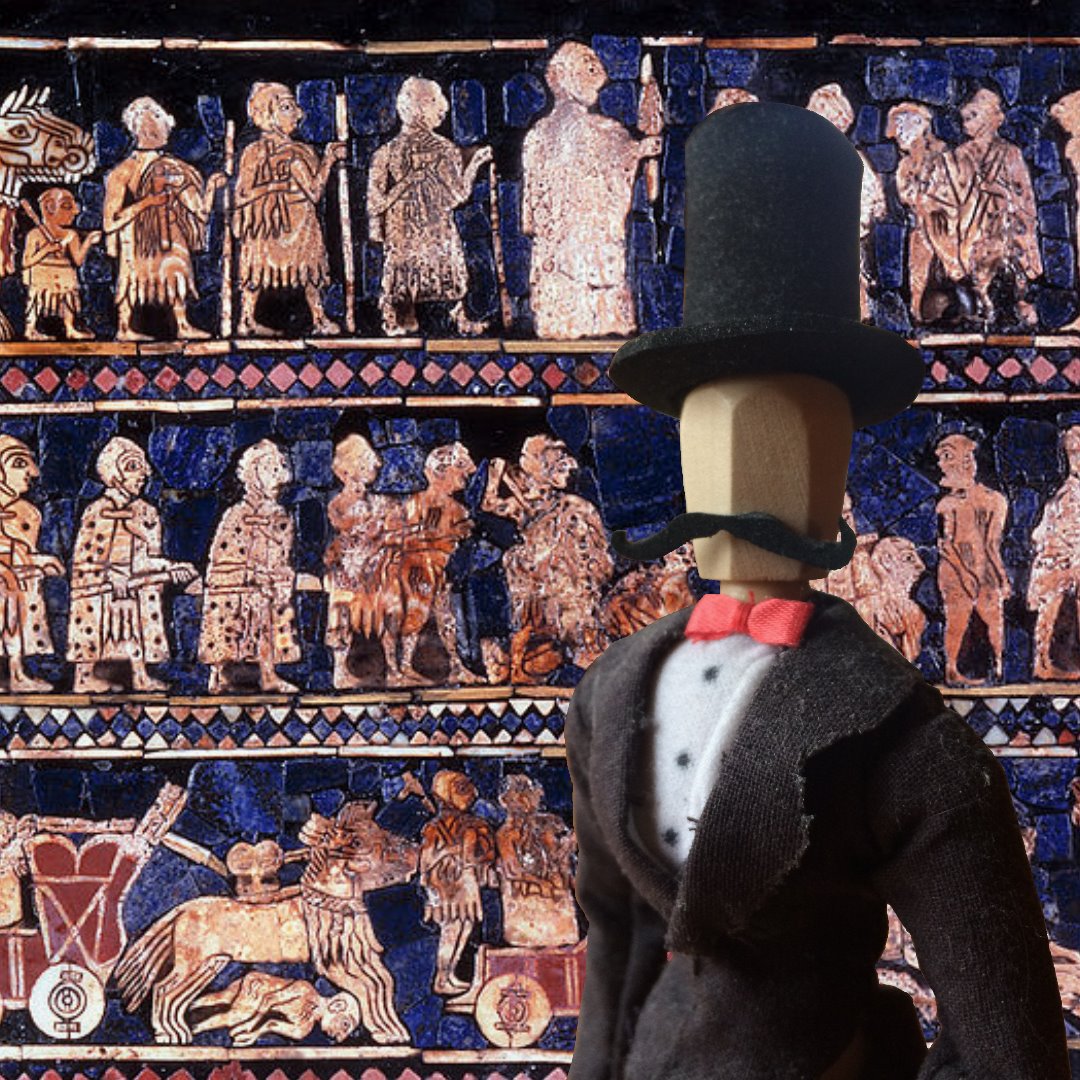 Today, Sylvester is going to tell us about the Royal Standard of Ur!  What is a royal standard, you might ask?  Is that the royal way in which Ur is to behave?  Sylvester insists that’s not quite it.

Actually, Ur is a city in Mesopotamia, known then as Urim.  In ancient Mesopotamia, art seems to have been used for two main purposes: it was a method of communication and storytelling, and it also suggested political power of the artwork’s subject.

The Royal Standard of Ur is an example of both, but particularly the latter.  It’s believed to be from about 2600 BC, made of red limestone, lapis lazuli in bitumen, and shell, all inlaid in wood.  (If you can go tell people that and lift up your nose just slightly, even if you have no idea what it means, you’ll look like an art expert.  Sylvester would know.  He speaks from experience.)  It depicts a military victory and triumphant feast, sectioned off into two areas communicating war and peace.  In the war section, we see military chariots and infantry defeating enemies, slaughtering soldiers with axes and presenting them to the king.  The peace section gives us a scene of a lavish banquet, complete with all sorts of animals and other good food, music, and royal garb.

Many people suppose that it was used as a standard in war–something carried on a pole signifying a sovereign, used to help establish a rallying point of an army in battle.  At least, that’s what the excavator, Leonard Woolley, thought.  No one knows for sure.  (Sylvester was away on a matter of grand importance the day the standard was dug up, so he didn’t have a chance to make a comment on its origin to be passed on for posterity.  It’s much too late now.)  The standard was found in a grave at the Royal Cemetery at Ur.