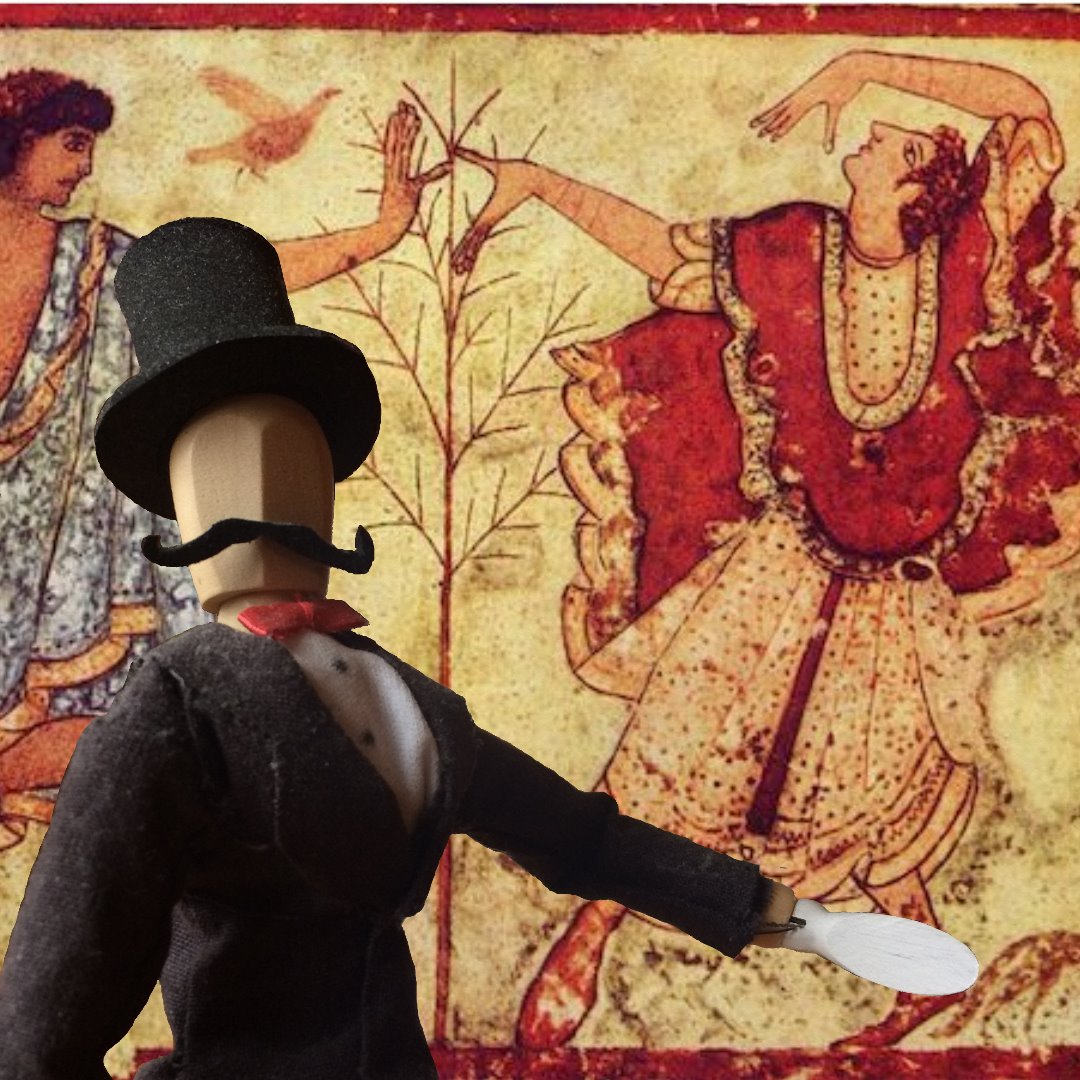 Today Sylvester is going to take us into Etruscan culture, which will be particularly interesting since no one really knows much about who the Etruscans even were!  Everything we do know, we got from art–which is pretty cool.  Art can be a powerful window into the past.

According to Greek historian Herodotus, the Etruscans left what had been their home of Lydia in Asia Minor to settle in Tuscany, Lazio, and Umbria around 1200 B.C.  The art from their culture, though uniquely Etruscan, also shows influence from the Greeks.  They began to use the Greek alphabet after the Greeks established city-states in Italy, so we can read the inscriptions on their art; but their language was their own, so it’s hard to say what the words actually mean.  Thus the pictures are the most powerful inscriptions of all.  The Etruscans were sailors and merchants, traveling the Mediterranean sea and mining.  They fought and dominated the Greeks but never actually formed their own nation.

Much of the art from their culture comes from their tombs.  (Sylvester very wisely pointed out that everybody dies, so there was a wide demand for burial places.)  Besides that, the leaders in their society seemed to have some pretty elaborate rituals surrounding their funerals.  One striking example of such a tomb is the Tomb of the Triclinium from about 470 B.C. in Tarquinia, Italy.  It’s a chamber tomb, which means it’s cut out of a rock underground.  This one is built as a single chamber, the walls decorated with frescoes.  The imagery includes scenes of feasting and dancing.  Sylvester acknowledges that this might seem like strange embellishment for a tomb!  But it’s actually quite connected to the theme of the dying.  In those days, in that culture, games were played and dances were had at funerals (you can read about that in The Aeneid by Virgil).  They were meant to celebrate with the person who had died as he entered the afterlife.  This is one aspect of the culture which we can particularly see through their art.

The title Triclinium comes from the three-couch dining room common to the ancient Mediterranean. 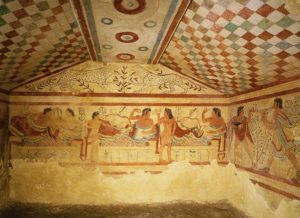 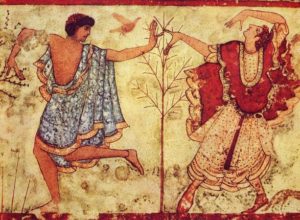