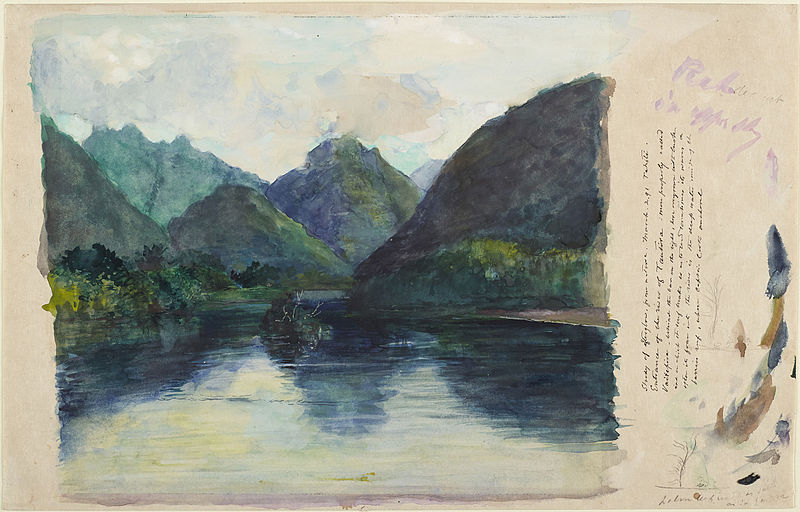 John La Farge was born on March 31, 1835 in New York City.  He was a man of many talents, including painting, writing, and stained glass.

La Farge had a special interest in Japanese art, which influenced his own style.  He was a popular mural artist, and his work was sought after for churches and other public spaces.  He enjoyed traveling to other countries, enriching his art with his broadened experience.  He spent much time in Asia and the South Pacific.

La Farge loved experimenting with color, especially with stained glass.  He actually introduced the idea of opalescent glass to Tiffany.

John La Farge was a Catholic and father to eight children.  He was honored with several awards, and he was even a character in The Hearth and Eagle by Anya Seton as Evan Redlake.

Below are shown View in Ceylon, near Dambula;  Girls Carrying a Canoe, Vaiala in Samoa; 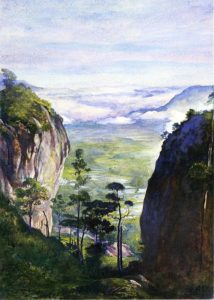 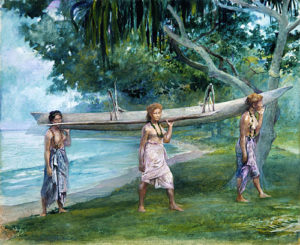 Young Girls Preparing Kava Outside of the Hut whose Posts are Decorated with Flowers;  and Figure of Wisdom. 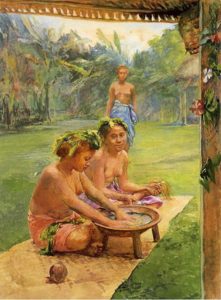 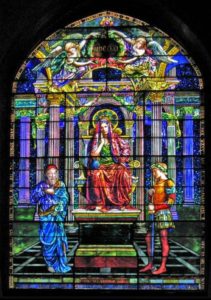