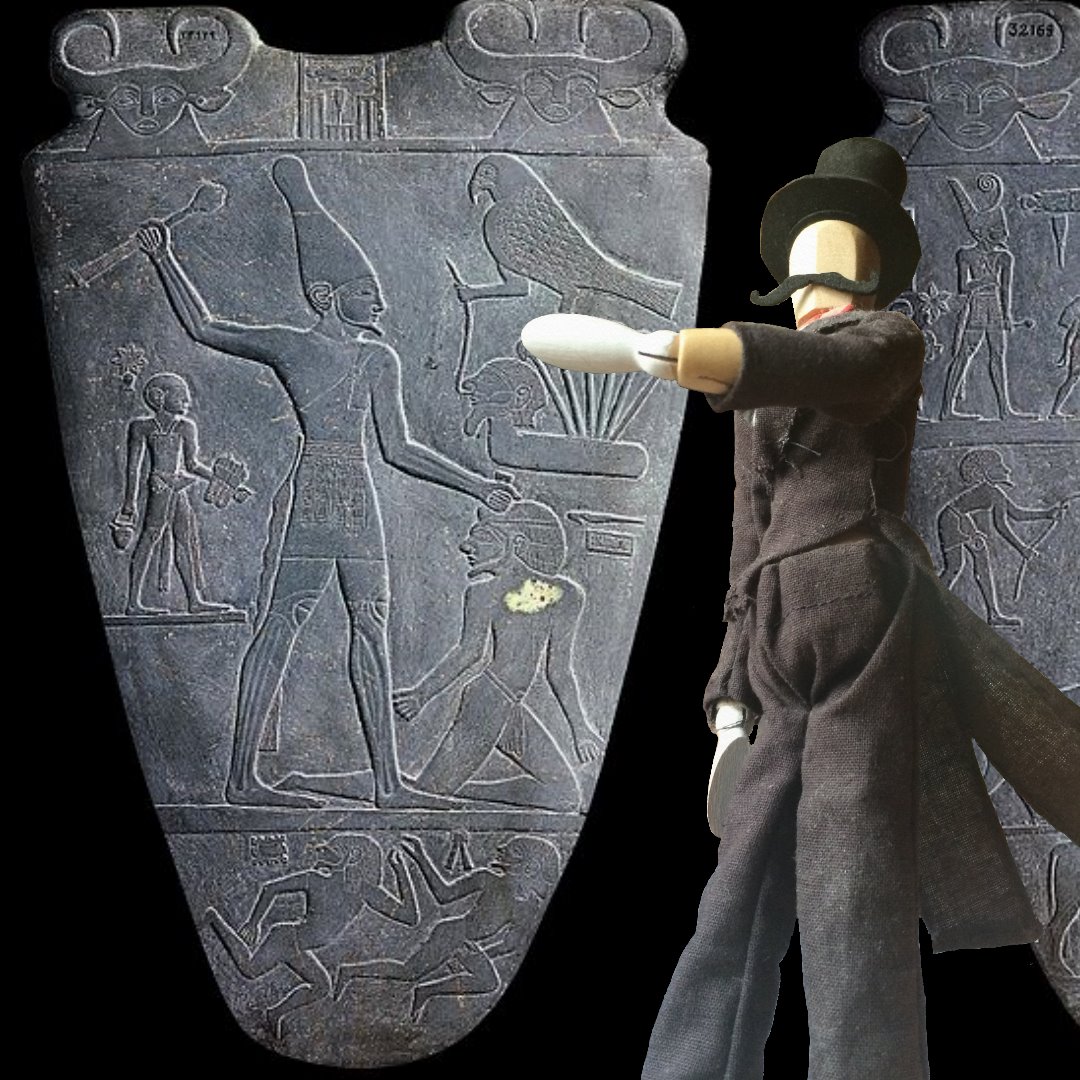 Egyption art is seemingly always high quality, and that’s because it was created for purposes sacred to the culture. Most of what we still have is from the tombs of kings, buried with them to ensure that they moved on to the afterlife.  Because of that, artists did not try to express themselves or be different from everyone else; there were formulas to follow, and there was a lot at stake.

The Palette of King Narmer was a little different, but Sylvester insists that we talk about it first, because it seems to have been pretty important, and it’s one of the earlier examples of ancient Egyptian art anyway.  It’s believed to be from about 3150 BC.  Its sole purpose was not to sit unseen by humans in the land of the dead; it was actually used by the living.  (Imagine that!)  When they were done with it, they did bury it in the temple at Hierakonpolis, though.

The tablet is a little over two feet high and is made of stone.  It’s got an area in the middle designed to be used for grinding paint.  This paint was to be applied to the eyes of statues.  (I was going to draw some connection to Sylvester and say he could probably use the paint since he’s practically a statue himself, but he’s not having it.  I’m pretty sure if I’d used the word “makeup” he’d be mad.)  It was probably used for a special ceremony in which makeup was ground for a special cult statue.  (Protective paint was created for people too, to protect their eyes from the sun and prevent its light from reflecting off their faces and blinding them.  But the size of this particular palette is what indicates that it was for use more sacred than that.)

Each side of the tablet is carved with hieroglyphs, the ancient writing system of the Egyptians.  The scenes carved onto the surface depict King Narmer, though no one can claim to know exactly what any of it means.  (Well, Sylvester claims to.  We can guess, I suppose.)  What do we see on it?  The king is presented both as a human and as a bull, along with his sandal-bearer and some rather magnificent creatures.  Here you can see a breakdown of the imagery in these diagrams from Khan Academy: 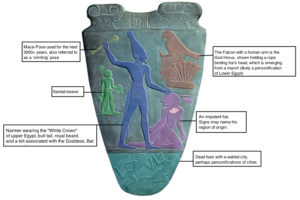 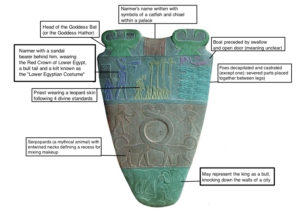 It’s generally believed that the palette was designed to depict King Narmer as a unifier of Upper and Lower Egypt. 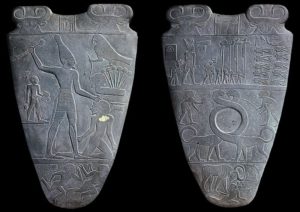