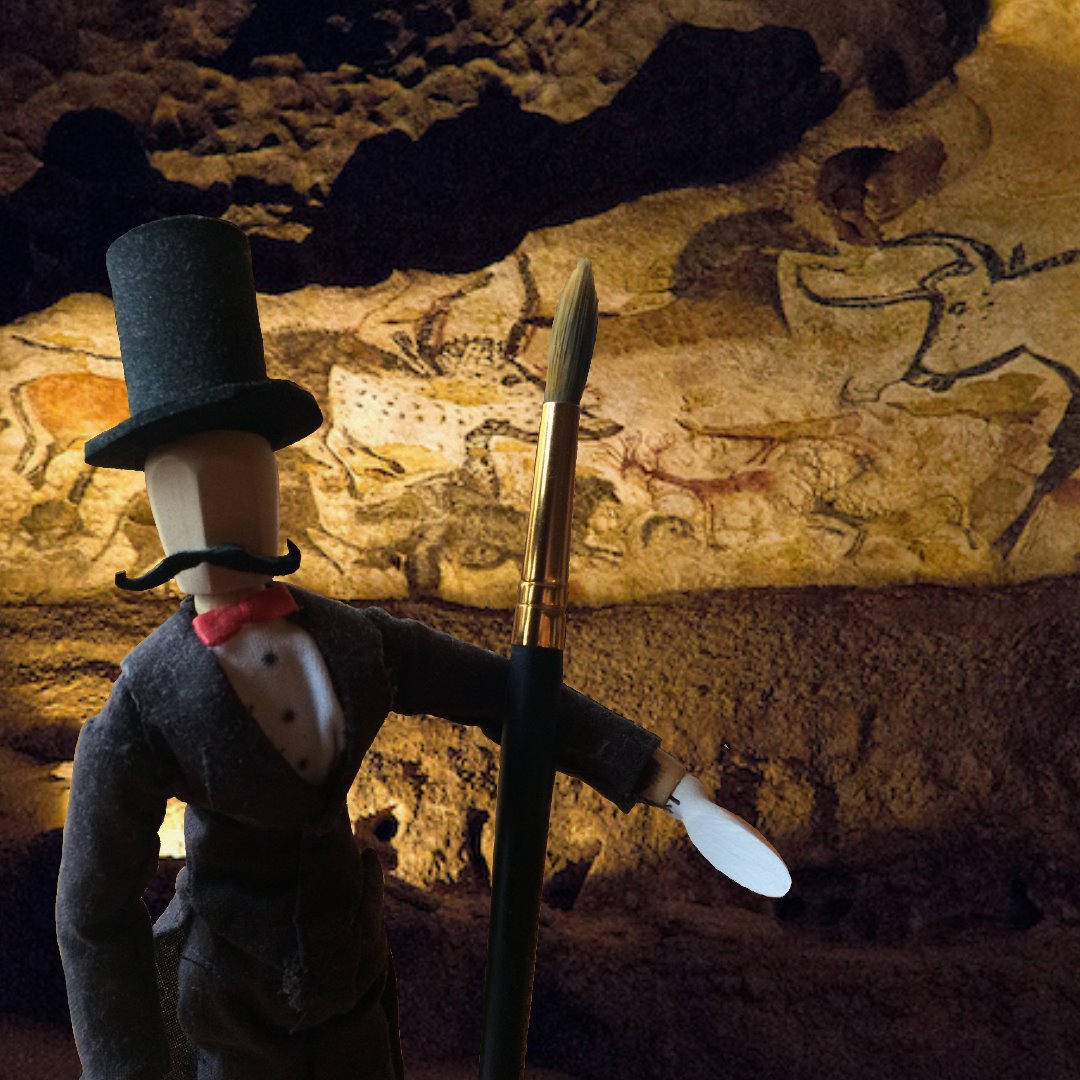 Humans have been communicating with art and imagery since the stone ages…and, well, they even used stone.  The cave paintings are filled with stories.

The Hall of the Bulls is located in the Lascaux Cave in Dordogne, France.  The cave has more than 600 exquisite paintings, with more than 2,000 figures!  No one really knows why this or any other cave wall was decorated.  Maybe it was for decoration, and maybe it was part of some religious ritual!  It could have been for communication.  Some people believe that it was for hunting magic, that by painting and observing some ritual they could more easily overpower their prey.  We don’t know, but we can appreciate what the artists gave us nonetheless!

The first cave paintings which were discovered were found in the cave at Altamira, Spain, but those in the Lascaux Cave are dated to have been made in roughly the same time period–15,000-10,000 BC!  (What an accurate approximation, huh?!)  Sylvester says that he just doesn’t want to reveal how old he is, so he won’t give us anything more specific than that.  (I’m guessing from that comment that he was around in the stone ages, but he won’t say another word so I can’t say for sure.)

Actually, dates are assigned to cave paintings based on how well they resemble the things they depict.  But to be perfectly frank, if you’ve seen today’s art, you know that method isn’t all that insightful.

Cave paintings depict animals more than any other subject matter, although some humans and even abstract signs or symbols can be found there.  Among the animals in this cave are stags, bison, cattle, birds, even a rhinoceros. (Sylvester says that bulls are obvious; you already knew that from the title so don’t mention it.)   They were applied by using multiple colors of pigment made of minerals such as iron and manganese, as well as charcoal.  The wall was the artists’ canvas. 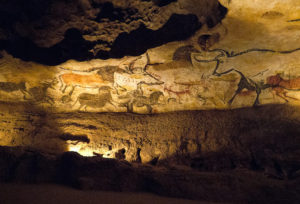