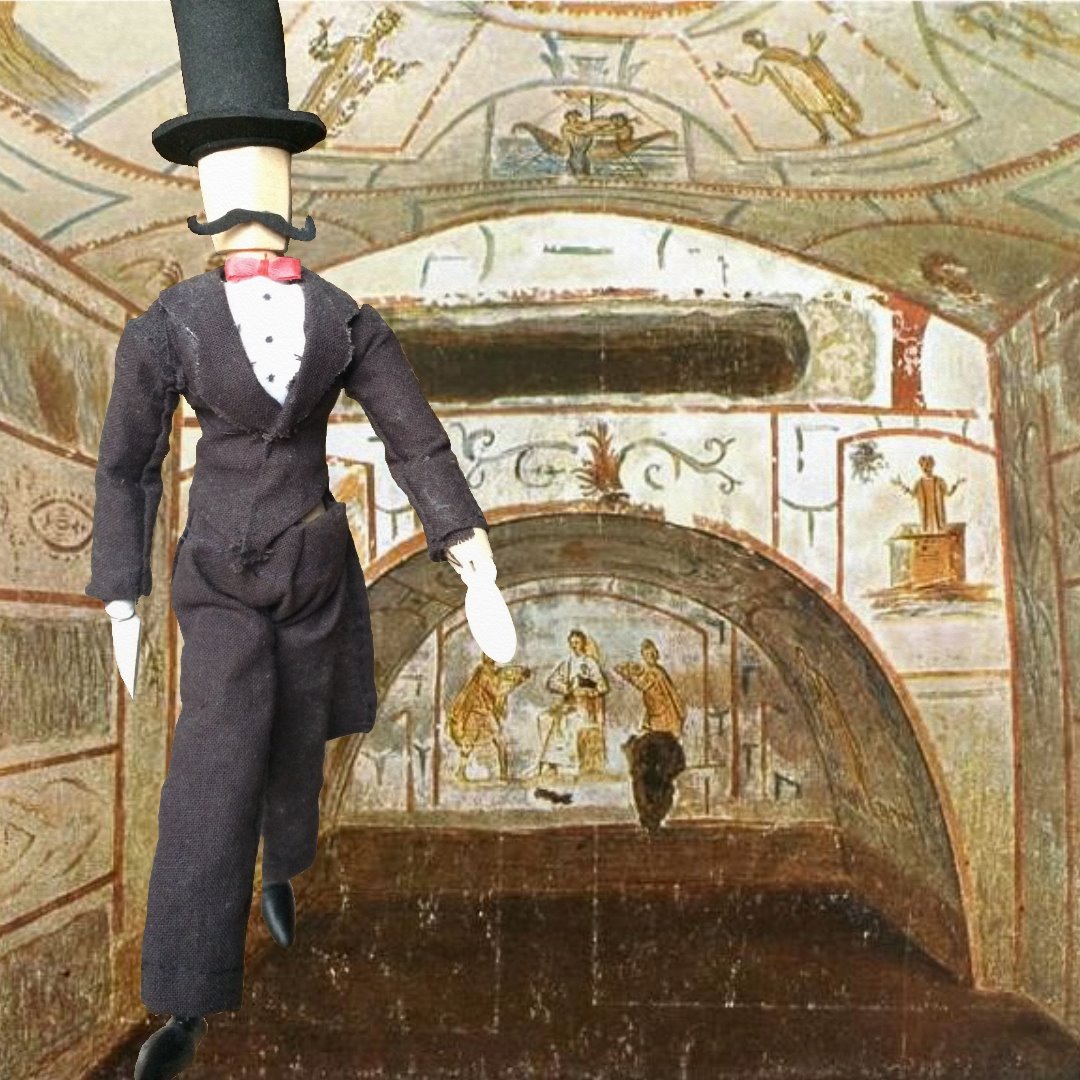 Today Sylvester is going to take us on a tour of the catacombs!  *Italian accent*  Not the cat-a-combs, the catacombs!!!  (That’s from VeggieTales.  Sylvester didn’t come up with that and neither did I.  I wish I did.)  There are lots of catacombs, but these ones are in Rome.

We don’t know very much about Christian art before the reign of Constantine–partially because Christians were persecuted and had to practice their faith in secret.  That’s a big part of the reason that the earliest Christian art comes from the catacombs, where they could worship under the radar of the Romans.  (Sylvester says that whole “under the radar” bit was the worst pun he’s ever heard.  He takes great pride in his ability to compose puns of especial magnificence.)

The Catacomb of Santissimi Pietro e Marcellino (in English, Saints Peter and Marcellinus) is special because it is the burial place of the martyrs for whom it’s named.  (Shocking!!!)  (Sylvester says I shouldn’t be so obvious.)  It is decorated with visual narratives relating to the faith and salvation.  For instance, these pictures depict Jonah being thrown into the sea and Jesus healing the bleeding woman: 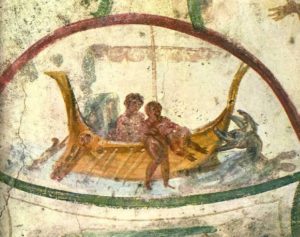 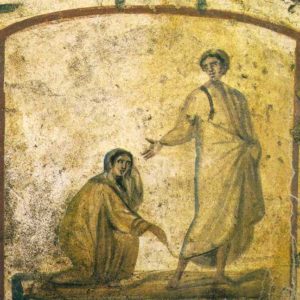 The Good Shepherd also appears on the walls and ceiling several times.

The catacomb itself existed as a burial space earlier than the art by which we can now recognize it.  Pope Damascus had them enriched by these illustrations in the latter half of the fourth century AD, and an underground basilica was added to what had previously been simply small niches for the bodies in a hallway.  It ceased to be used as a funerary space around the fifth century and then became a pilgrimage site. 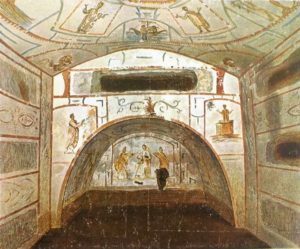