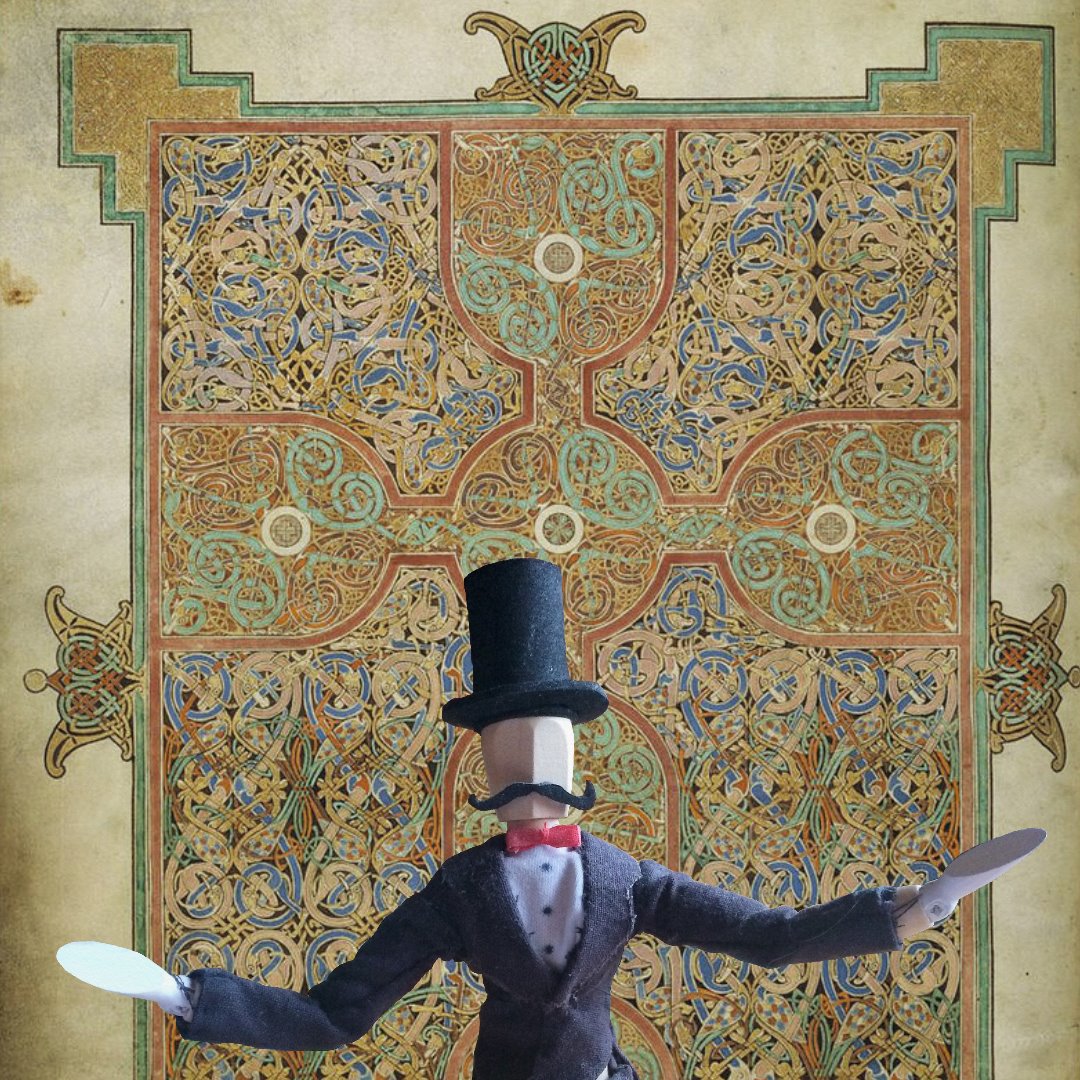 Sometimes, we get stuck in a box of our ideas about what art is.  We might forget that even the words on a book’s page can be art!  Well, they can!  Sylvester is going to talk to us about manuscripts today, specifically the Lindisfarne Gospels.

In the early days of the Christian Church, the common people could not read.  Art was often used as a means of education, because even if the scribbles of letters on a page may be gibberish to some, everybody can get something from a picture.  But monasteries were a little different.  By nature they didn’t house the common illiterate people; the monks who lived there were scholars.  So paintings weren’t used so much as an educational tool.  One art form monks particularly embraced was illuminated lettering, embellishing the pages of their books to make them look beautiful.

You probably noticed how ornate that Bible page is!  Why would people take so much time and effort to decorate a single page?  It was painstakingly decorated with loving care!  It’s because those pages bore the Word of God, something so sacred that it was extremely important to them to honor it in the best way they could.  By making it beautiful.

The Lindisfarne Gospels were produced in Northumbria, England.  Each design is exquisite, but one particularly astounding masterpiece is this cross page: 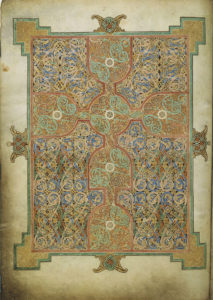 The precision work was done with such care that a jeweler was even recruited to help with it.  As you can likely imagine, the design was mapped out extensively before actually creating the final work.  There’s no going back once you make a mistake, so you had to know exactly what you were doing before you started–and be good at it!  (Sylvester says they should have hired him because he’s a master illuminator and never makes mistakes.  I decided it was best just to nod wisely.)  And you didn’t just sketch it–you had to use tools to make sure everything was exactly the right size, exactly symmetrical, perfectly in its place.  (But this was the middle ages.  Tools just means rulers.  So you also had to be good at math!)  Hours and hours and hours went into a single one of these pages.

Of course, because it’s done with such unbending rules and precision, illuminated lettering can’t have quite the same effect of fluidity as some of the soul-moving art we often think of.  Celtic art often was more pattern and design oriented than most.  But such beauty!  It’s so rich.  You have an undeniable sense that you’re looking at something important, something sacred.  And that’s what it’s meant for–to help you enter into a space in your mind which can begin to grasp the awe of God.

It took six years for a monk to copy the Latin Lindisfarne Gospels in the 8th century.  They include illustrations of each of the evangelists (Matthew, Mark, Luke, and John) and the Cross page, on 259 leaves.

Sylvester now wants to give you a glimpse into a few other pages of the manuscript!  This is from the Gospel of Matthew: 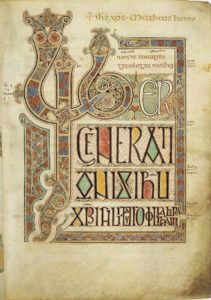 and a portrait of Matthew: 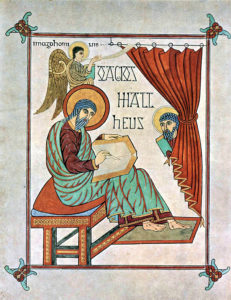 These are a few details.  Just look at the complexity! 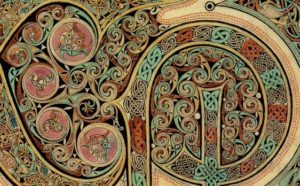 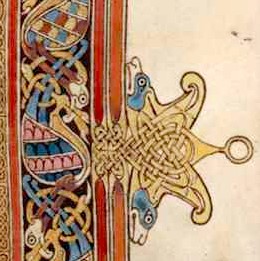 Finally, these details are from the large cross page: 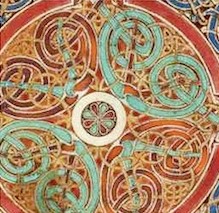 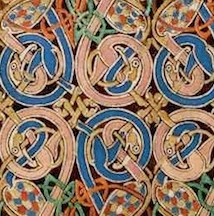 So.  Think you have the patience to make some of those?!