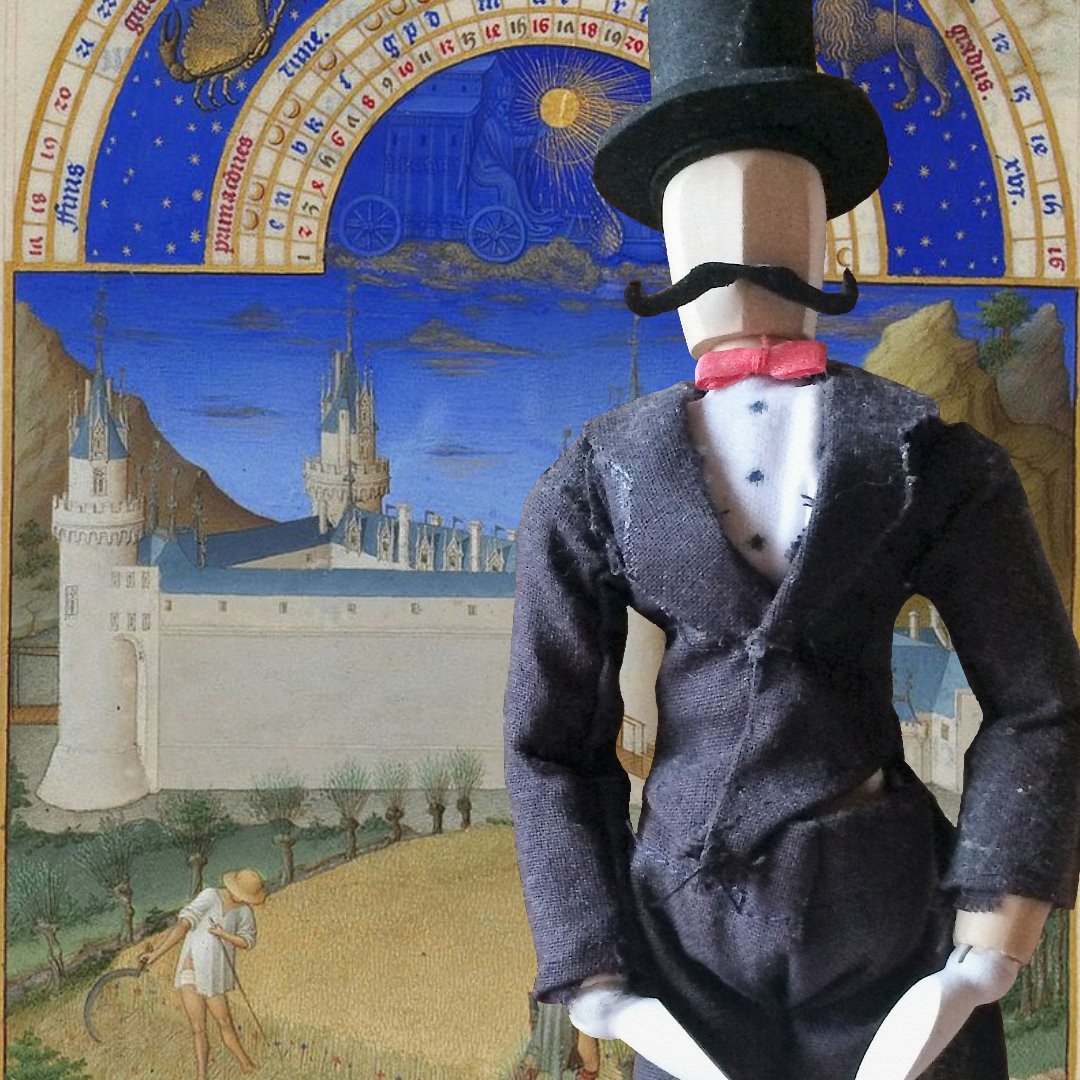 The Très Riches Heures du Duc de Berry is the most famous example of French Gothic manuscript illumination.   Commissioned by the Duke of Berry and painted by the three Limbourg brothers, it was created as a personal prayer book.  But when patron and artists alike died in 1416, it was understandably left unfinished.  (Sylvester suspects conspiracy, but the plague is also a likely culprit.)  Many unknown artists have changed it since, adding miniatures, calligraphy, basically everything the Limbourg brothers couldn’t.

The book was small, only about 8×12 inches.  But let not its size deceive you!  Because so many artists contributed, the book is filled with illustrations, numbering about 130 total–and that’s not even counting the lettering.

This book of Hours (referring to the Liturgy of the hours, prayers said at certain hours for which the book was made to contain) holds not only the religious imagery one might expect from such a manuscript, but scenes from the everyday life of the people, too.  (Sylvester is still trying to think up a witty explanation for that one.)   One of its well-known features is its calendar, with rich illustrations for each month of the year.  For instance, here are the pages for February, March, July, and August:

These pages usually depict happy peasants, enjoying their lives as they till the soil and perform their other duties.  In the background lie the castles and other property of the duke.

The calendar pages aren’t as much a misfit as you might think, for a prayer book!  The astrological signs, though at first thought contrary to the context of prayer, were used for a variety of purposes.  Included in their practical applications were keeping track of an agricultural calendar and calculating when Church feast days were due to arrive.  Magic may be the first thing you associate with astrology, but the motion of the stars in the night sky is constant and predictable, so they were used to know when in the year it was.

Of course, since it was a prayer book, the Très Riches Heures also contained imagery directly related to Christianity!  These are depictions of the birth of Christ, His being led to trial, the descent of the Holy Spirit at the first Pentecost, and also a funeral page in a section devoted to funerary rites. 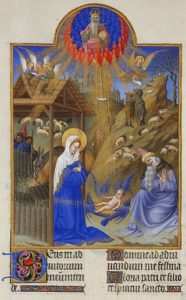 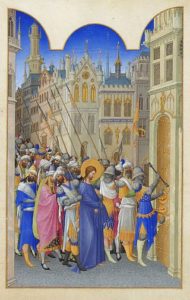 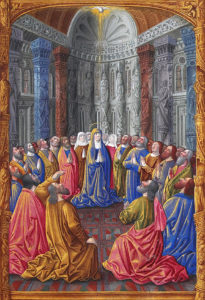